With the generous support of donors, volunteers and a grant from Athletic Brewing Company, SRA expanded the trail system at Macricostas Preserve by 1.5 miles with the completion of the Boulders Trail.

Designed to last for decades with minimal maintenance requirements, the Boulders Trail is a testament to Steep Rock’s commitment to creating sustainable recreational opportunities in harmony with the natural environment.

From breathtaking views at Waramaug’s Rock to pristine wetlands for observing wildlife and over 6 miles of hiking trails, Macricostas Preserve is among Steep Rock’s most popular destinations for visitors coming from near and far.

Macricostas Preserve was created by Steep Rock Association (SRA) in 2000 when the Town of Washington, State of Connecticut, Steep Rock supporters, and the Macricostas family (landowners) came together to protect the 238-acre parcel containing Meeker Swamp and the largest aquifer that supplies Washington with drinking water.

Since 2000, Steep Rock has acquired an additional 121 acres, increasing the size of the Preserve by over 25% and extending its range to the Warren town line. This acreage encompasses high conservation value lands along the ridgetop, north into Pinnacle Valley, and along the slopes to Lake Waramaug.

Through land donations, purchases, and adjacent conservation easements, Macricostas Preserve now protects approximately 700 acres. Steep Rock has identified several additional parcels to acquire, which would expand the Preserve to over 900 acres, double the size of the trail system, and advance the prospect of regional trail connectivity with the CT Blue-Blazed Mattatuck Trail system. 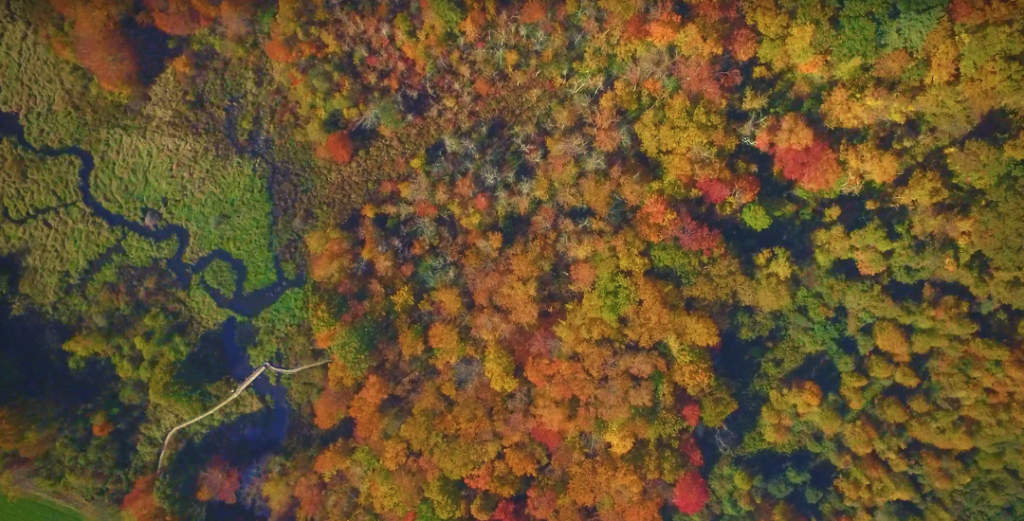 Protecting Pinnacle Valley, which connects Lake Waramaug and Meeker Swamp and contains several hundred acres of core forest, verdant habitats, and rare and threatened species, is among Steep Rock’s highest conservation priorities. Sitting at the intersection of drainage basins, the area provides source water for Lake Waramaug and the East Aspetuck River (to the west) as well as Meeker Swamp and the Shepaug River (to the east). The area contains important geological formations, diverse botanical and faunal habitat, noteworthy historical and archaeological sites, and is critical for maintaining climate resiliency.

Expanding into Pinnacle Valley would also give SRA the opportunity to significantly increase the number and length of trails in Macricostas Preserve and add several signature hiking destinations to our trail system.

Steep Rock is currently under contract to purchase a 30-acre parcel dubbed the “Pinnacle Cliffs” acquisition, that would protect 5 acres of pristine wetlands, glacial erratics, scenic cliffs, and incredible vistas. From the Boulders Trail, we would extend our trail system an additional 1-mile into the Pinnacle Cliffs parcel and eventually the Mattatuck Trail system. To do this, we need your help.

Your gift to Steep Rock will help purchase the Pinnacle Cliffs parcel and other conservation lands, allowing Steep Rock to permanently protect the ecology of Pinnacle Valley and extend our recreational trail system for everyone’s enjoyment.

We wish to express our heartfelt thanks to all the people who joined us on Saturday, November 19th for the Grand Opening of the Boulders Trail, a new, 1-mile sustainably built hiking trail in Macricostas Preserve that traverses scenic woodlands, glacial erratics, waterfalls, and vernal pools.

We were blessed with a great day and honored to have so many local neighbors attending as well as old and new friends from RI, MA, NY and the far corners of Connecticut.  Thanks, too, to Bridgewater Land Trust, Housatonic Valley Association, and Connecticut Land Conservation Council for joining us! You made this a truly unforgettable event!

The Boulders Trail was constructed over four months by Mike Giapponi, SRA Trails Manager, Steep Rock Trustees John Santoleri and Robby Barnett, and dozens of hard working volunteers in collaboration with experts from Tahawus Trails LLC, a member of the Professional Trail Builders Association. Funding was made possible with a grant from Athletic Brewing Company and donations from these supporters.

QUESTIONS? Call 860-868-9131
Please make checks payable to Steep Rock Association with a note stating the donation is for the Macricostas Expansion Project.  Donations to this project will be used for the installation and maintenance of trails to expand Macricostas Preserve into Pinnacle Valley and beyond or placed in a restricted stewardship fund that ensures permanent care and maintenance for Steep Rock’s conserved lands.